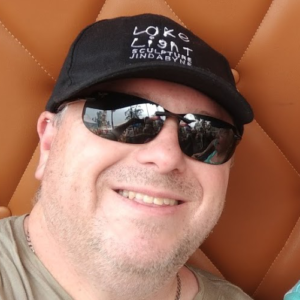 Today’s blog/video is all about creating a portfolio website for your photos, that’s both fast and good looking.

The aim is to create a fast, easy to create and update site. So I’m using WordPress to run the site and Elementor Pro as the editor and Cloudways as the web hosting. I use all 3 on my this website. I’m affiliates for both Elementor Pro and Cloudways, so if you click the links below and purchase, I will receive a small amount from the company, which will help grow my YouTube channel and blog and it will enable me to create more content like this.

In the video, I show you how to create your portfolio website from scratch. I’ll be covering

1. Finding a business name, searching for it’s availability as a domain name, then purchasing it.
2. Setting up your web hosting with Cloudways
3. Install WordPress
4. Install Elementor Pro
5. Install some additional plugins
5. Create your portfolio website
6. Optimise your photos for quick page loading.

So, a bit of history if your interested. I originally hosted this website not on WordPress, but a specialised photography hosting site in Australia called FotoMerchant. I originally chose a service like them, as I needed an ecommerce solution that could handle people logging in to a bunch of photos, choosing the ones they want, purchase them and then be able to download them straight away. This was in response to a photo shoot for a dance school with over 100 kids I did at very short notice. As I didn’t have anything like this setup, and only 2 weeks notice for the shoot, I took over the process that the dance school did the previous years, when they used one of their student teachers as the photographer. Well, that system was all manual, all paper base and it was truly awful. So I went looking for a better solution that could accommodate a mix of printing and digital downloads.

So, FotoMerchant was a good initial step at that time, though if i had to do it today, I would just go the WordPress way. There were lots of good points about FotoMerchant, it looked good, the ecommerce was well setup, tried and tested, and they did prints and just sent them straight to customers. Plus the support was outstanding. Saved me a lot of time and the next big photoshoot was much better and more efficient. There were problems though. Some I new about, like to be on a plan that I could use my own domain, be able to do Self Fulfillment (ie they order a print and I print it) and offer discount codes, the plans got very expensive. At today’s date, looking at the plans, that plan is $AUD45 a month (or $AUD38 if you paid yearly). But that wasn’t the end of the charges. Even on that plan, anything I sold through my store they would charge me 5% of the total cost. This is on top of paypal/credit card charges. So I took the hit for the first dance photo day I did, but I wanted a better way.

As I wasn’t going to be doing anymore events like this for a while, I didn’t feel like paying that much per month, when I only wanted a gallery website for time being. I could have changed to one of the 2 cheaper FotoMerchant plans, but the $12 a month one didn’t allow me to use my domain or password protect galleries, so the only other option was the $25 a month plan, which was more than I wanted to pay for just a gallery site.

After looking around at options, my next move was to Smugmug. It was decent, the building interface certainly wasn’t anything special, but at $USD11 a month (today, but better exchange rate back then), it was certainly a chunk of change cheaper. But I never really was happy with it.

So, I kept looking. Being an IT person in my day job, I certainly wasn’t held back by anything being too technical, but I just wasn’t sure where to move to. I then starting digging more into WordPress. What seemed like more of a blogging platform in the past, it was certainly something you could build websites from really small and simple, to very large and complex. So being in Australia, tech can be expensive sometimes. So researching web hosting for someone in Australia, I came across a lot of articles about how web hosting in Australia was super expensive and that the best option would be to go with one of the big web hosting platforms that had a data centre reasonably close to Australia. For the most part, that meant Singapore. So A2 Hosting was mentioned quite a bit, that it was fast and fast in Australia. Black Friday was coming up, so I ended up getting a 1 month cheapest plan possible at Hostinger for a few $$ just to play with while waiting for Black Friday and buy a year at A2 Hosting.

Black Friday came, and a good deal for the 2nd from the bottom plan. Awesome. So I started getting to know my way around shared hostings interface, cPanel and started playing around with WordPress. I was liking what I was doing, but there was 1 major problem. Even though it was a very small site at that stage, building/editing it through the WordPress backend ranged from painful to outright waste of time. Seeing that I had read lots of articles that had said A2 was fast in Australia, I had started to think it was WordPress or me that was causing the issue. Though, being IT savvy, I started to dig deeper. I tried pinging my server (in Singapore) and the response was bad to terrible. A ping is when you send a small amount of data to a server and see how long it takes to respond to you. The further away you are from a server, the longer it will take to respond, but this was taking much too long compared to where it was. I talked to support and they couldn’t see a problem, I almost upped my plan to the faster tier, thinking it was just resource constrained and I just hadn’t spent enough money. Glad I didn’t.

I started just on and off looking at better providers. I ended up coming across a few reasonable Australian providers, one being Zuver. So I signed up, and wow. For not a lot more per month, the fact they were decent quality servers AND in Australia, made it so much faster. So that was my new home for a while. I moved my domain (so much cheaper than Melbourne IT) and put my website up in WordPress. Life was good. I was still based on the old Shared Hosting arrangements, like most of the web hosting companies used for cheaper plans. So even though it was good, I was playing around with a few other website ideas and it didn’t really give me a lot of resources and the odd time it went a bit slow.

Then I came across reviews of Cloudways, who used Cloud Hosting for all their plans, instead of Share Hosting for the cheaper stuff, and VPS for middle level plans. Cloud hosting was nothing new, but it was architecturally different, better and much more flexible. As it’s only month to month, I signed up for a month or 2 and played around with it. It was awesome. Even faster than Zuver and 99% consistently fast. Cloudways also do something different to most web hosting providers. Most have their own servers around the world, have cPanel for you to do your setup and go from there. Cloudways don’t host directly on their own servers. You get the option of using one of 5 service providers and then pick your location of the server and what plan/resources you need. So you could choose cheaper options like Vultr, Digital Ocean, Linode and the big hitters, AWS and Google Cloud. So for me, Vultr had a Sydney data centre, so I setup on that. Cloudways don’t use cPanel (I don’t miss it), they use their own custom software. It’s easy to use and has lots of features. There is no arbitrary limit on how many sites you can fun on your hosting, your just limited to your resources. So I’m on the cheapest $USD11 a month plan and I have plenty to play around with. Need more CPU/RAM/Disk space. A couple of clicks and it’s there.

So that’s where my journey currently is. Running WordPress, on Cloudways web hosting and I’m using Elementor Pro to make the editing a little easier.